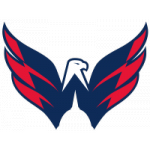 Hello, great wikipedia! I am interested in YUG hockey history, i see you put pictures of players like Ludovik Zitnik Where are they from, can you maybe provide an original team picture? I have few pictures of prewar Ilirija myself if you are interested, I can post them. Also full correct player names are Julij (Jule) Kacic and Otokar (Oto) Gregoric.

Hi, thanks. I know this picture. I have also

However, i thought, where are those players' pictures cut from: Ludovik Zitnik Oto Gregoric Jule Kacic etc. It looks like a national team picture. Do you have it?Linhart (talk) 09:09, November 21, 2016 (UTC)

I came here on a bit of a quest to find information about the London Phoenix Flyers. My dad played for them in their very early days and I've found a few programs from back in the 70's that talk about getting rink time to practice and my dad mentioned how he remembers being part of that push. I really want to try to find out some more info especially if there is anything that might mention my father by name in a roster somewhere! His name is Charles Mitchard

my email address is mdmitchard@gmail.com

Fantastic resource here! Apologies in advance for the personal request:

I've been trying to track down an image that was used in one of last week's Streatham Ice Hockey game programs, and i've found it on this wiki -

I'd love to frame a copy of this as a present for someone for Christmas - I see that you uploaded the image, I don't suppose you have a higher resolution version saved somewhere?Thanks a lot,TerryDBlack (talk) 11:34, October 24, 2017 (UTC)Terry

Retrieved from "https://internationalhockey.fandom.com/wiki/User_talk:Hockeyben?oldid=35583"
Community content is available under CC-BY-SA unless otherwise noted.