The 1933 Men's Ice Hockey World Championships were held between February 18 and February 26, 1933 in Prague, Czechoslovakia.

The championship by the United States was their first, and was also the first time Canada lost a hockey world championship. The American team, the Massachusetts Rangers, was made up of mostly university students and led by the stand out performances of Gerry Cosby in goal and team captain Ben Langmaid on defence. Canada was represented by the Toronto National Sea Fleas, winners of the 1932 Allan Cup, and coached by the controversial hockey personality Harold Ballard.[1] The teams met on February 26 at Zimni Stadion in Stvanice. Tied 1-1 after 45 minutes of regulation time, on goals by Sherman Forbes for the United States and an equalizer by Canadian Tim Kerr, defenseman John Garrison beat Canadian goalie Ron Geddes at the 6 minute mark of a dramatic "non-sudden death" overtime period. A team photograph and a gold medal on loan from the family of Sherman Forbes, are currently on display at the Sports Museum in Boston.

February 18 to February 20. Ten nations played in three groups with the top two in each group advancing to the second round to join Canada and the USA.

February 21 to February 23. Eight teams played in two groups with the top two teams from each group advancing to the semi-finals. 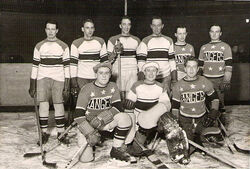 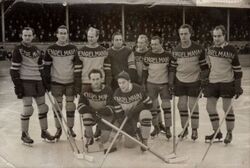 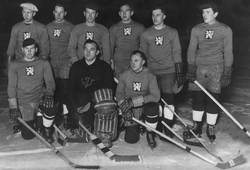 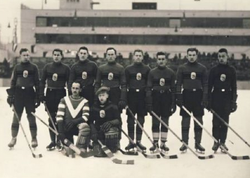 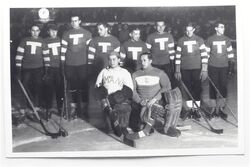 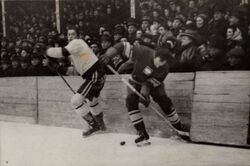 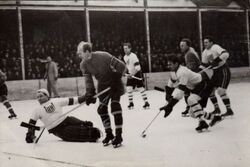